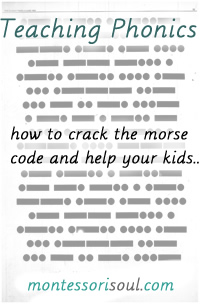 Teaching of phonics in most school is split into phases using a document called Letters and Sounds. Its a big document but can be downloaded for free by going to:

Other popular schemes include Jolly Phonics. This links the phonemes to a image, song and action. This provides a kinaesthetic approach to help children learn in different ways.

Here are my top tips for supporting your child at home.

How can you help your child?

Initially you can help by playing games such as ‘I spy’. Before a child can learn the letters (graphemes – the symbols that represent the sounds) the children need to be aware of the phonemes – the pure sounds in the word. Games such as ‘I spy’ using pure sounds allow the child to recognise sounds of objects in their environment. If a child is secure in the sound it will be much easier for them to understand that when they see a letter it represents a sound.

Again – don’t rush them!! Reading schemes are good when a child is ready – but there is no point in a child being on level 4 if they can’t read every other word without support. Each book should be introducing one new concept. Reading really requires practice. It is not just about decoding words but also about comprehending what they have just read, which takes time. If a child is struggling to decode each word it is very unlikely that they will be understanding what they are actually reading.

Please make reading fun, make it a loving bonding time with your child. make it comfortable and unrushed. We start reading so early in the UK and I have learnt to trust in children’s ability to want to learn when they are ready.

How does Montessori do it?

As with all areas of Montessori there is a clearly prescribed way of learning to read. It starts with word games such as ‘i spy’ to ensure that children have a good knowledge of the sounds. She also uses a lot of rhyming activities, this helps children refine their understanding of the sounds. Children should hear stories, nursery rhymes and songs every day, throughout the day, again understanding about the sounds, but also enjoying books.

Next, the graphemes for each sounds are introduced using the ‘Sandpaper letters‘. These letters are made of sandpaper so that the child has a kinaesthetic understanding of the letter. At this point the child isn’t writing anything – they are just using their dominant hand to ‘trace’ the letter. Letters are taught using a three period lesson. These are at the heart of the Montessori philosophy, teaching children 2 letters in three stages. Stage one telling the child the name of the letter and tracing the sandpaper letter. Stage two is saying ‘show me’ – so you are giving the child the name of the letter but they have to identify the grapheme. Once the child is very secure at this level having repeated it several times they move to level three where they are asked ‘What is this?’ so there are no verbal clues to what the name of the letter is.

Once the child is secure in about six letters they will the start working with the ‘pink boxes’. These boxes are broken into several stages – each one adding a new skill. The first gives the children several objects which are simple phonic words. They then use a small moveable alphabet – or any form of letters to build the word. For example pin. The child will sound out p-i-n. They will then find the letters as they say them and ‘build’ the word. Once the child is secure at building words they then move on to reading with the pink box 3. In this box there are several phonic objects again, but this time there are also word cards. So the child has to read the word card and match it to the object.

I could go into much more detail about the Pink boxes and the subsequent blue and green series but that is not for this post! I will do a more detailed post in the future.

As far as I can see Montessori had no fixed sequence for teaching letters. I have found my own way – and think it works well as when working in a nursery/school with several other people it helps if you are all doing it in the same way. I have started with the child’s name – this is very important to them and being able to write/read their name gives them a sense of their own identity. We then go on to teach the letters in the sequence shown above.

I hope that this helps giving a brief guide into introducing your child to reading and supporting them. As always, if you have any feedback, comments or questions please email me at info@montessorisoul.com.