Slime – Borax or not Borax.. 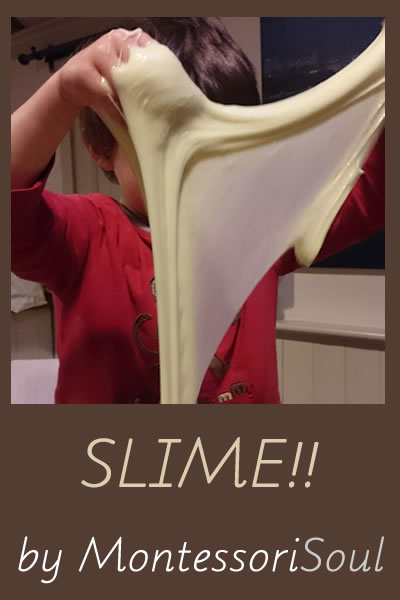 Slime – Borax or not Borax..

Slime!! To Borax or not borax that is the question!

When I started making slime I could purchase Borax from Amazon – not a problem, but over the years I have seen more and more Borax free slime recipies on Blogs. The majority coming out of the US. These always seem to have ingredients that are either very expensive in the UK or simply not easily available in the UK.

So – first of all – Borax should we be using it in slime. My personal decision is that it is still ok to use. The quantity used is so tiny and my children aren’t at an age when they will try to eat the slime! I am very much against cemicals – where ever possible we have a chemical free life. But – a little bit makes life much easier! Please remember that this just my personal opinion. Here is one bog post I found that really covers all of the information that I found – so no point in me repeating it! http://www.crunchybetty.com/getting-to-the-bottom-of-borax-is-it-safe-or-not.

So in this blog post I am showing you my explorations of various slime options and sharing Freya and Seb’s thoughts on them!

I am using my KitchenAid Mixer

#affiliate as I am making so many batches of slime!

Even better these ingredients are available in the UK!! I have to say thank you to Fun at home with Kids for sharing their extensive research into this and wow its great!!

Just two ingredients (plus any food colour or glitter you may want!)

The key apparently is to track down this exact washing liquid:

This is Almat Gel washing liquid from Aldi – just £1.99 a bottle – bargain! To make this in the US there are recipies using Sta Flo Liquid Starch instead of this gel.

I also have a 5 litre tub of PVA that I got from Hope Education – I love this site – delivery is included and if you order before 12 its delvered next day!!

I used 2 cups of PVA in a mixing bowl and then added 1 tbsp of washing gel at a time. After about 5 the mixture starts to form and come into one lump – voila!!

Wow its great. I didn’t use any colours today and it was a lovely pale blue from the colour of the washing gel – Freya loved this as it looked like something from… you can probably guess… Frozen!!

It is really flexible and great fun to play with (yes I had a go!)

What a serious face – she’s obviously taking this testing seriousy! Freya said it was her number 2 slime. So the Borax slime still has the edge in our eyes – but to be honest I will be using this again.

I found a recipe that said to mix cornflour (1 cup), PVA glue (1 cup) and 3 cups of water. For me it was a complete fail.. too much water I wonder. I can’t find the original post now I am sorry!

Well this definetly ok to eat! We always choose the normal Jelly – not Sugar Free (don’t get me started on Aspatame and artificial sweeteners – in my opinion far more dangerous than Borax slime!)

This worked well. I mixed 5 cups of water, food colouring – to desired choice of colour. Then added one tablespoon at a time of Xanthan Gum.

#affiliate. I added about 5 tbs to get a slimy consitency. This is a good slime but lacks something. Freya said it was her least favourite. She just touched it said her hands were all slimy. Seb wouldn’t even touch it!

This would be perfect for sliming someone to raise some money!!

I love this stuff and it is so simple to make! Here I used 2 cups of Cornflour and about 3/4 cup of water. The key is to add the water very slowly until it just starts to turn liquidy! You can add colour in the water and this was the first time I have added glitter – which was a great hit – no surprise there!

I left the gloop out for a while and it tried up so I just added a little bit more water and it was usable again.

Freya really enjoyed this – she was facinated by how it suddenly changed to a liquid (so am I!) It is good to use with objects too – we ended up adding plastic spiders – it was Halloween after all! the gloop just disolves over them! Fab!

3/4 tsp of Borax – I do silversmithing and have found you can get it from Cookson in the UK.
1 1/3 cups of very warm water

Mix the pva glue with the water and food colouring.

Mix the borax with the water.

Slowly add the borax solution to the PVA solution and mix.

The mixture should start to combine – keep mixing and it becomes less sticky.

Hours of fun – especially with objects in it – again we added plastic insects as its halloween. It is Freya and Sebs favourite. They know to wash their hands when they have finished.

I have been storing it in a glass jar – so far it’s been out 4 times and still going strong!

I hope you have enjoyed this post – there are so many slime recipes out their and here are the 3 that I will defienetly use again, cornflour, Borax slime and Borax free slime.